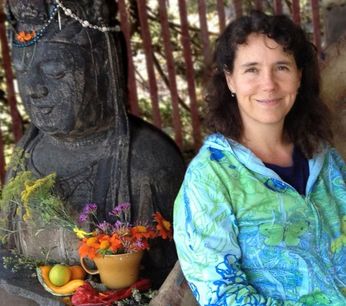 We are very excited to have Robin back again after her trip to Africa.

In Robin’s own words:

In 2009 I began writing down my childhood experience during the Rhodesian Bush War in 1977. I thought my Rhodesian experience was going to be a small chapter in the full manuscript of an earlier book called Belonging In the Web of Life. A friend informed me it was a full book of its own. I initially resisted her statement, but she turned out to be a messenger of a bigger picture than I could see.

My memoir, currently titled Singing the Song of My Tribe, is about when I was eight years old and was abducted from the United States and taken to Africa. The abductor, a military man, put me in the care of a hired helper who promptly left me behind in the bush. I was lost and alone, but also free of my dangerous abductor. I made my way to a rural village where I was taken in and cared for. The people of this village became my first experience of true family.

I was given a naming ceremony. They named me Aisha which translates to she who is alive, or she who lives. I received this name just days before I was shot by a militant Rhodesian soldier. The bullet grazed the top of my head and I began to die of blood loss and shock. I experienced miraculous healing with five beings who consecutively held me in complete love until I could receive the magnitude of the gifts they were giving me. I was moving closer to merge with the full expanse of light that was the Great Heart. I then heard my Mama Eahton, the woman who had adopted me as her own, singing her Medicine Song from the other side of the veil. Her song awakened my memory of my purpose to sing Medicine Songs. The moment I remembered my purpose it turned me around in the tunnel, and I came back to live this purpose. 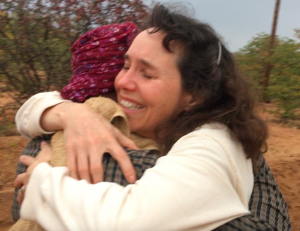 Robin Landsong at IANDS 2016 Near Death Experience with Art

To find about more about her trip and art, here is the web site: