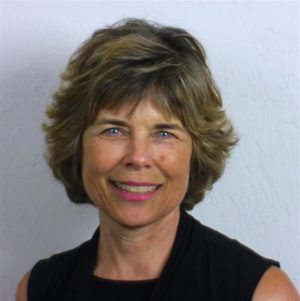 For many years, scientists have debated the nature and origin of consciousness. Many materialist scientists propose that consciousness originates in the neurons in the brain. However, scientific studies concerning near-death experiences (NDEs) give compelling evidence for the primacy of consciousness, that is, that its origin is independent of brain activity. In this presentation Dr. Marjorie Woollacott will share her own journey as a materialist neuroscientist who had a spiritual awakening that gave her insights into both the nature and origin of consciousness.   As she began to explore research on individuals’ experiences in their NDEs and in meditation, she saw that they have many characteristics in common, including a sense of ineffability, a noetic quality, experiences of light, feelings of being outside one’s body, and a sense of peace, joy and love. This suggests that the nature of consciousness, as experienced in NDEs and meditation, is similar. In many NDEs there is also verifiable evidence that despite no measurable brain activity, a person nonetheless perceives the activities around them (within the ICU during surgery, etc.). Research on these experiences supports the understanding that consciousness does not originate in the neurons of the brain. It also suggests that the brain may normally filter out a higher order nonlocal awareness, which can be accessed through NDEs, meditation, and other expanded states of consciousness.

Marjorie Hines Woollacott, PhD, University of Oregon, has been a neuroscience professor at the University of Oregon for more than three decades and a meditator for almost four. She also has a master’s degree in Asian studies, which she began on a teaching sabbatical and completed at the UO while a full-time professor.  Her master’s thesis was the foundation for her latest book, Infinite Awareness: The Awakening of a Scientific Mind, which is both a scientist’s memoir and a research survey on human consciousness.

Woollacott’s own research has been funded by the National Institutes of Health and the National Science Foundation, and includes both research in neuroscience and testing the efficacy of alternative forms of therapy such as tai chi and meditation for improving both attention and balance in adults. She also has ongoing studies on sensory contributions to music performance, in collaboration with Steven Pologe, professor of cello performance in the UO School of Music, and studies on attentional network changes associated with meditation practice.

With Dr. Anne Shumway-Cooke, Woollacott has coauthored a popular textbook for health professionals, Motor Control: Theory and medicine but also in meditation, hatha yoga, and alternative and complementary medicine. Her undergraduate work and doctoral studies were in neuroscience at the University of Southern California.

(Note to the reader: I’m not naming my meditation teacher because the purpose of this book is to explore the realms of Consciousness, not to promulgate any particular meditational method or spiritual path.  The philosophies I discuss and the meditation practices I describe could apply to a variety of meditation pathways that lead to the experience of Consciousness.) 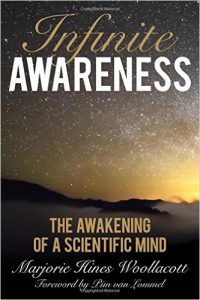 As a neuroscientist, Marjorie Woollacott had no doubts that the brain was a purely physical entity controlled by chemicals and electrical pulses. When she experimented with meditation for the first time, however, her entire world changed. Woollacott’s journey through years of meditation has made her question the reality she built her career upon and has forced her to ask what human consciousness really is. Infinite Awareness pairs Woollacott’s research as a neuroscientist with her self-revelations about the mind’s spiritual power. Between the scientific and spiritual worlds, she breaks open the definition of human consciousness to investigate the existence of a non-physical and infinitely powerful mind.

This book is both a memoir and an exploration of her experience, first, as a neuroscientist and professor, but later, also as a meditator, with mystical experiences unexplained by my scientific understanding. The book describes her discoveries as she worked to meld these two parts of her life together. In the beginning of the book she recounts her first encounters that molded her into a neuroscientist, including the excitement of learning about the way the brain influences our conscious experience. And she then tells of her abrupt discovery of meditation, and finding a world of experience she never believed had existed, which led to a schizophrenic existence with one foot in the world of neuroscience and the other in the mystical experiences of meditative energy within her.

Finally, she took the time to go back and get a degree in Asian Studies, learn Sanskrit and study Asian mysticism and parapsychology in depth, so that she could integrate the two halves of her life. Later chapters in the book recount her discovery of the compelling research on meditation, near death experiences, reincarnation, energetic healing, and psi phenomena, which argues for consciousness being considered primary, rather than a product of brain activity. She also includes her interviews of the scientists who performed this research, discussing their early training and what motivated them to “think outside the scientific box.” The last chapter offers her new approach to viewing mind-brain interactions as a result of the research, both her own, and of others, that she covers throughout the book.