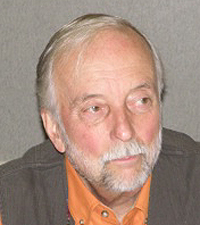 Event pricing is $40 non-member, $30 member on the day of the event. The workshop will be held in the annex building.

Prevalence, Significance and Meaning for Society and the Individual with a Special Emphasis on the Experiences of Combat Veterans

In this workshop Hufford will present data, elicit the knowledge and experiences of workshop participants, and work with the group to understand the significance of these experiences and the ways in which the current counterproductive situation can be corrected. It is tragic that experiences with such positive potential have been suppressed and stigmatized by the very professions that intend to help!

Before Raymond Moody, M.D., published Life After Life in 1974 the term near-death experience did not even exist. Initial reaction was skeptical from the medical audience, but the public enthusiastically made the book a best seller! Physicians were skeptical, because they assumed that if such an experience, closely related with medical events such as cardiac arrest, were at all common they would know about it. The public reaction reflected the amazingly high prevalence of these experiences despite the suppression of public discussion of them because of psychiatric stigma. Physicians, unintentionally complicit in the suppression of the topic as pathological, were wrong. They would have been among the last an NDE-er would have told. The study of NDEs, carried out in large part by physicians and often published in medical journals, along with solid organizations such as IANDS, has developed an extensive body of knowledge about these experiences, and has changed the official view of them as symptoms, although clinical practice has been slow to grasp these developments.

Much of the medical research on these experiences has focused on cardiac events, understandably, and serious illnesses such as cancer. But some groups that seem natural subjects for NDE study have been neglected. One of these is combat veterans among whom coming close to death is very common. To date only two published studies have focused on this group. One of these, was funded by the Department of Defense and carried out by David Hufford, Ph.D., the leader of this workshop. His study, now being prepared for publication, studied NDEs and related Extraordinary Spiritual Experiences (ESEs) of combat veterans, along with the knowledge and assessment of these experiences by clinicians who treat veterans. The study has found that these experiences are far more common among combat veterans than in the general population, and that the clinicians who care for veterans are generally unaware of this and do not recognize the experiences when they encounter them. Furthermore, these clinicians tend to consider such experiences to be serious psychiatric symptoms. This finding underlines the importance of disseminating accurate knowledge of these experiences, including their prevalence and their association with better psychological health!